The Honorary Danish Consul  Dorthe Mikkelsen Wright Has been so kind and send us information about a new Danish law.
Please go to: http://martensenwright.com/en/danish-law-allowing-dual-citizenship-in-effect-september-1-2015/ (click on the Danish Flag to read the article in Danish)

If you prefer You can also read the article both in English and Danish below.

The new law will come into effect on September 1, 2015.  The reason for this delayed implementation is that Denmark, which is currently a party to the European Council’s Convention on the Reduction of Cases of Multiple Nationality and on Military Obligations in Cases of Multiple Nationality, needs to denounce Chapter I of that Convention, which provides that in case of voluntary naturalization nationals of Contracting Parties cannot retain their former nationality.  The denunciation requires a one-year notice and will take effect for Denmark on August 26, 2015.

If you want to take advantage of the new Danish law and become a dual citizen after September 1, 2015, this is what you need to know:

How to Apply for US Citizenship?

If you are a Danish citizen and live in the United States, you may be eligible to apply for US citizenship if you meet the following requirements:

When considering whether or not to apply for a U.S. citizenship, you should consider the benefits and privileges, as well as the obligations that follow from acquiring U.S. citizenship.

If you become a U.S. citizen, you will enjoy the following privileges:

As a U.S. citizen you will also have certain responsibilities, such as:

How to Regain Danish Citizenship?

The new Danish law allowing dual citizenship will not affect the “22-Year Rule” applicable to children born abroad by one or two Danish parents. Under that rule, children who were born abroad but can demonstrate a close association with Denmark prior to their 22nd birthday, can apply to retain their citizenship.  The child must file the application between the age of 20 and 22 years (this is the preferable time period due to the 14-16 months processing time), otherwise the child will forfeit his or her citizenship upon turning 22 years old.

The new law, however, allows Danes born abroad by one or two Danish parents and now over the age of 22 to apply for “Proof of Danish Citizenship.” Again, a key requirement is that the application must show that the child maintained close ties with Denmark and that he or she had permanent residency in Denmark for at least a year before the child turned 22 years old.

For more information on the process of applying for a “Certificate of Danish Citizenship,” please contact the Danish Consulate or Embassy nearest you.

It is important to note that the current rules regarding dual citizenship in Denmark remain in effect until September 1, 2015.  This means that if you become a citizen of another country before that date, you will automatically lose your Danish citizenship.

Also, please note that the reinstatement period under the new law is only five years.  If you do not file a declaration to reinstate your Danish citizenship within this period, you will not be able to take advantage of the simplified procedure under the new law, but would instead have to go through the general naturalization process in Denmark, which requires proof of continuous residency in Denmark.

Martensen Wright PC has a singular focus: Serving Danes in the US.  For more information on how to obtain U.S. citizenship and how the experienced attorneys of Martensen Wright PC can help you with the process, contact us at info@usa-eurolaw.com.

* Du skal være villig til at aflægge troskabs-ed til USA (”Pledge of Allegiance”). 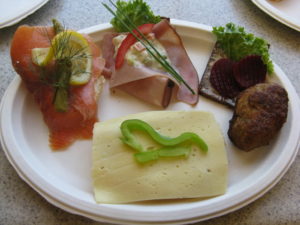