The Club is very fortunate that we own a quite unique meeting facility in Southern Sonoma County, some 40 miles north of San Francisco.

The property was donated to the club in 1945 by a Danish immigrant, Rasmus C. Rasmussen. His daughter Mrs. Ellen Brians was a member until she passed in 2015 (over 90 years old). Ellen’s son Keith Brians and his family are now members of the Soldiers Club. The Club’s new home was named Kastania Faelled (Chestnut Tree Field) after the Kastania tree found in Northern Europe.

Rasmussen immigrated to USA in 1910 and bought a ranch in Sonoma in 1919.  He was very community oriented and also was a co-founder of a Danish retirement home in San Rafael CA, called Aldersly. Over the years, the Soldiers Club has changed with the times, and so has the retirement home in San Rafael.  Neither facility is restricted in acceptance of members, but our pride in the U.S. for our Danish heritage, Danish Military, and care for the elderly is still very much a guiding light.

In the years after 1945, the club gradually built some great facilities on the site, so at this time we are able to offer an updated and modern club, of which we can be proud. Our clubhouse displays an interesting collection of various military gear, and records of past activities and events. The kitchen and bar provide hygienic accommodations for our food service, and likewise, our restroom facilities are modern, clean and presentable. 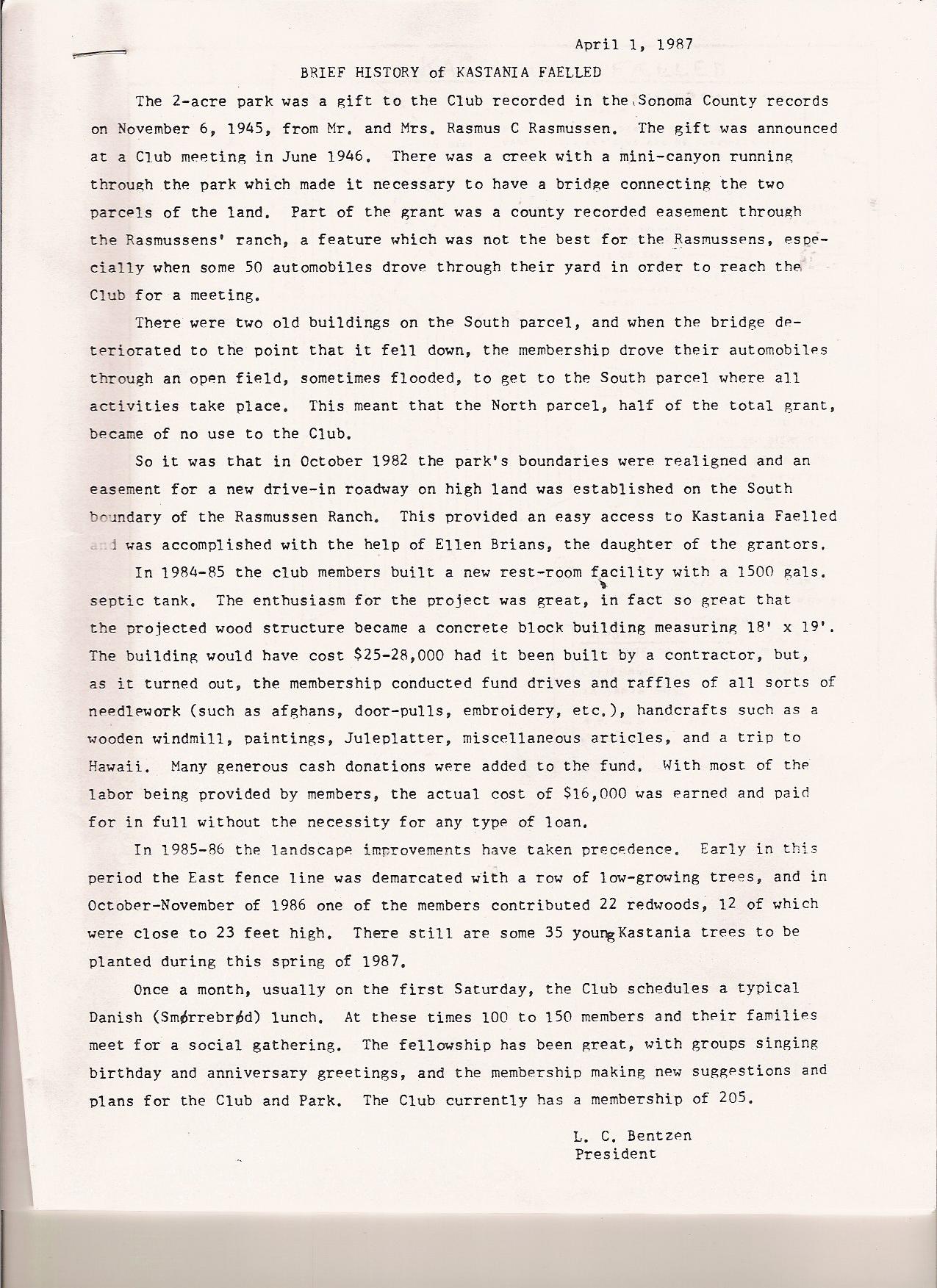 There are now fees charged by the bank for any kind of electronic transaction, but there is never a charge if you mail in a check with the order form.
If you are paying via PayPal, however, we need to charge an additional $1.50 for the lunch plate, whether it is from the website or your personal app. We apologize, but otherwise the club ends up paying the fees, and it adds up. Also, we really need the support to keep the club going. If the number of people showing up for meetings and lunch was greater, the price would subsequently become less.
We need our membership, and even your friends!